Thank you so much to everyone who replied to the New Year’s questions I sent out at the beginning of the year. It’s been really interesting hearing from all of you, and we’ve gotten into some fascinating conversations as a result. I noticed a strong theme about connecting with people, which feels very appropriate since it was just Valentine’s Day! Love, after all, takes so many forms in addition to romantic love. I really like this definition of love by Dr. Barbara Fredricksen, one of the pioneers in the field of Positive Psychology: the positive emotions created through connection that make us want to play, explore, savor, and dream; and that build trust, community, and health. Whether or not there were flowers and chocolate in your life this Valentine’s Day, there can absolutely be love according to this definition! 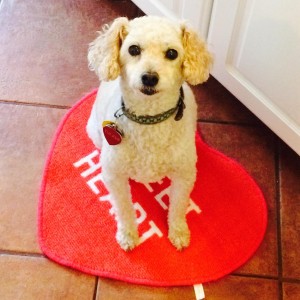 These conversations with all of you around the New Year also made me think about Tuesdays with Morrie, by Mitch Albom, which I just recently read. It is about the time the author spent with his former college professor, Morrie, as Morrie was dying of ALS. The disease had taken away Morrie’s ability to move, and Mitch asked him at one point what he would do if he had one day in which he was perfectly healthy. He expected that Morrie would talk about doing something exotic – flying to Italy, lunch with the President – but instead Morrie said he would start out with breakfast and a swim, and then he would “have my friends come over for a nice lunch. I’d have them come one or two at a time so we could talk about their families, their issues, talk about how much we mean to each other.” Then he’d take a walk outdoors, go out to a great dinner, and dance the night away. This from a man who was looking at imminent death, who if given back the gift of health wanted to do nothing more than spend time doing ordinary things with the people he loved. What’s even more amazing about Morrie is that even though he was confined to his bed and could barely move, he was fully present. As Mitch said, “When Morrie was with you, he was really with you. He looked you straight in the eye, and he listened as if you were the only person in the world. How much better would people get along if their first encounter each day were like this—instead of a grumble from a waitress or a bus driver or a boss?”

It’s true that many of us have challenges that get in the way of us being present…maybe we’re overwhelmed by responsibilities, in a job or situation that drains us, or we just don’t have the energy to do more than bury ourselves in our electronic gadgets when we finally get some down time. But I think Morrie (and others facing death…see my post from last New Year’s about what those who are dying wish they had done differently) are a reminder of how we can live if we choose to.

So to celebrate Valentine’s Day in a non-commercialized, non-romantic love sort of way, I challenge you to spend time this week with someone you love, and to really be with them. And if you or someone you know struggles to do that because you’re stuck doing things you don’t really want to be doing, let me know! When we’re doing what we’re meant to do, we can be a better person to everyone around us, and that helps make the world a better place. That’s my coaching mission… to make the world a bit better by helping people find the things they’re meant to do and start doing them!