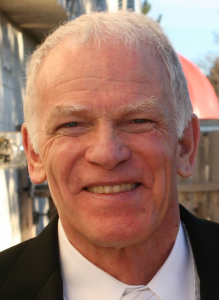 Dad had been living at a care facility, Mesa Vista, since September of last year. They took very good care of him, and even though his balance and walking were awful and his speech getting harder and harder to understand (due to Progressive Supranuclear Palsy), they made sure he was able to socialize, work out, and enjoy meals and outings. Mom visited almost every day, and I think that Mesa Vista was what we hoped it would be for him in many ways: certainly not his first choice of how to live, but considerably more social interaction and mental stimulation than at home. With his ready smile and quick hello, he was definitely a favorite of the staff. Nevertheless, he had made it clear to us for quite some time that he was ready to go. Given how healthy he seemed to be otherwise, it was hard to say when that day might come. But the universe has a way of bringing you what you ask for, if you wish hard enough…and I think dad did.

By the morning of Friday, May 8, after a bout with an infection that seemed to have turned into sepsis, or blood poisoning, hospice had been called in and the consensus was that if we wanted to see him, we’d better get out there ASAP. So two of my siblings and I all flew home that afternoon. It was crazy…I got my ticket at 12pm and had to be at the airport by 1pm! But we all made it, connected at the airport, and drove home together.

He was not very responsive when we arrived on Friday night. On Saturday and Sunday, however, he was much better. We realized he’d actually had a stroke, and didn’t have sepsis at all. The stroke (more likely a couple of them), had paralyzed his right side and he couldn’t talk at all or swallow well. But he was awake much of the day, and knew we were all there. His sister had flown out from Alabama to see him. My third sibling flew back from a dance workshop in Kansas on Saturday. One of our good family friends drove 4 hours from Grand Junction, and her brothers came by as did my old housemate. At one point, we had almost 10 people surrounding his bed!

I left on Sunday, Mother’s Day – after the unexpected bonus of all four of us kids getting to spend it with mom. Suna and I had plans to leave for an Olivia cruise to Alaska on Tuesday. We had all agreed that we should go and have a good time; dad would have wanted that! So we did, and it was wonderful. Before I left, I told dad that if he was ready to go, I was ready for him to go, too, and I hoped it would be quick for him. He was able to give me a hug with his good arm, and earlier he had squeezed my hand to indicate “yes,” what he wanted was to go. He had already arranged to not have any interventions that would prolong life – no feeding tube, IVs, or antibiotics except for comfort and pain relief – and since he couldn’t really eat or drink it was just a matter of time.

Even after I left, my siblings were still there with my mom, with my one sister staying until Thursday. An old tennis buddy of dad’s got the call from mom on Monday as he was heading to the airport, and he changed his flight and drove back to Boulder to visit. Another dear friend even flew in from Australia! By the time she arrived on Wednesday, dad was sleeping much more, and barely opening his eyes – but he knew she was there. By Thursday, he was no longer responsive.

On Friday, May 15th, Suna and I were in Juneau, our first day in port (and with cell service). So I called mom to talk. Mom had stepped out of dad’s room a few minutes earlier for a break, and we chatted for a while about how he was doing, how the nurses all told her in their experience the person goes when the loved ones leave the room, and so on. Suddenly mom said “Kim, stop!” The nurse had come to say that she had gone into dad’s room to check on him, and discovered that he had passed away. Just as they had predicted, he had made his transition when mom was out of the room, and as it turned out, when we were on the phone together.

I feel so lucky to be able to have been with mom when dad went, and here we’d wondered if I’d even get the news right away because of being on the cruise. I sat on a bench in the sun outside the cruise ship while mom and I processed that he was really gone, and a huge raven flew down to peck at crumbs near my feet. Later that afternoon, Suna and I hiked up Mt. Roberts to the top of the tram. It seemed to be a fitting way to honor dad, and at the gift shop I found the perfect raven mug to remember him by. 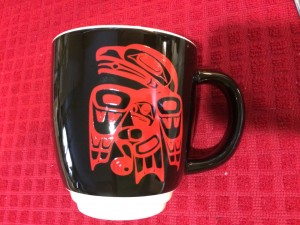 I am grateful in many ways around my dad’s death. Honestly, it was about as good as it gets. It wasn’t sudden, and he wasn’t taken from us too soon. The last several times my siblings and I had seen him, we all knew it might be the last time. We had said what we wanted to say and made our peace. We knew he loved us and we loved him, and that was enough. So please, don’t be sad for us, or for dad. I have no doubt he’s where he wants to be!

« Distracted by Multitasking?
To Everyone Who Has Lost Someone »