In my last Summit Register, I wrote about my unearned privilege and my fear that I wouldn’t take action. Here’s my report card: C+. It’s not that I’ve done nothing, but I certainly haven’t done enough. 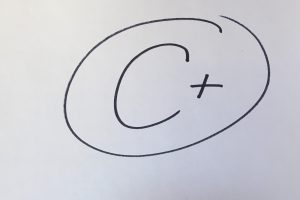 And now, of course, it’s in the news again. Another shooting of an unarmed Black man (actually, there have been several, but this most recent one – of Jacob Blake, shot in front of his children – has again led to protests, counter-protests, and viligantes taking the law into their own hands, even meting out the death penalty).

I’ve heard many friends say that they don’t understand the emphasis on “Black Lives” – why don’t all lives matter, they ask? Of course, all lives do matter! But that’s missing the point. The best analogy I’ve seen is to imagine a row of houses, and one house is on fire. Of course, the neighborhood would rally to put out the fire at that house, right? It needs the most urgent attention; it’s in the most danger. That doesn’t mean that the other houses don’t also matter – but they’re not threatened with burning down at the moment.

Black lives are being threatened at a much higher rate than white lives – that’s just the reality of the world we live in and the society we have created. And the Black Lives Matter movement is trying to rally those who aren’t Black, whose houses aren’t burning down, whose children and fathers and brothers aren’t being shot, to step up – or at the very least, to realize what’s happening, instead of turning a blind eye. At least, that’s how I see it.

I have certainly done some re-education for myself since I last wrote – learning from Black friends who are doing the hard work of trying to explain what it is like to be Black in this country, and the toll that takes as you are constantly having to prove yourself, defend yourself, and fear for your safety, over and over.

I’ve donated to organizations that are doing the heavy lifting to fight these battles in the courts (the NAACP Legal Defense Fund), interrupt the prison pipeline (the Bail Project), and get out the vote (Voting While Black/Color for Change and Fair Fight).

I ordered books from a Black-owned bookstore – Ibram X. Kendi’s How to Be An Anti-Racist and Stacey Abrams’ Our Time is Now. And I joined a Facebook group that is reading, journaling on, and discussing Me and White Supremacy, by Layla Saad.

With friends back in California, I’ve been writing letters to encourage people to vote through Vote Forward.  Our little group has written over 2,500 letters, and we’re aiming for 5,000 by October.

So these are all good things – but many of them feel like unfulfilled promises. I ordered those three books, but I’ve only read one (Abrams’ book on voter suppression, which I highly recommend). I’ve read the introduction to Me and White Supremacy, which is fascinating, but that’s as far as I have gotten.  And I haven’t even cracked the cover on How to Be An Anti-Racist. I’ve also only managed to write 20 letters for Vote Forward since I’ve been in the Tetons.

All of this brings me back to the analogy about Black Lives Matter. I see that the Black Lives Matter house is burning down. But my house is further down the block, so it’s not in danger of burning down itself. And I’m no expert in fighting fires, nor am I sure what to do to put the fire out. I figure that it’s best left to the fire department. And in any case, I’m busy keeping my own house up – the cleaning, the gardening, the painting, all the little things that a house needs. So it’s easy to turn away – even though I know my neighbor’s house is burning down the street – and get caught up in my own world.

I share this poem because I think that it applies to me, today. Because I’m not Black, or trans, or a member of any number of other groups, I’m not speaking out very loudly. I might be doing more than some, but I’m not doing as much as I could do. And in large part, it’s because I feel impotent, unsure what I could do that would make a difference, and busy enough with my own life that it’s far too tempting to not get involved.

So, here’s what I’m committing to in the immediate future – I’ve been setting aside 10% of my income for donations and have accumulated a decent sum (for me). It doesn’t do any good sitting in my savings account, so I’m pledging to donate all of it by the beginning of October. If you know other good organizations, let me know!

Because I know I do better with external deadlines, I am joining an alumni book group that will be discussing How to Be an Anti-Racist the first week of October, and I will commit to reading the book by then.

I’ll also commit to writing 20 letters each week for Vote Forward between now and the beginning of October, and continue talking to my friends and family about how now is the time to act – not complain – as I try to do that better myself. I have hopefully convinced my mom and several friends that this is something they can do that might have a small impact. If you want to join us, you’d be more than welcome!

It’s still not enough – but it’ll be more than I have been doing. I share this in hopes that it inspires you to do more of whatever you feel is the right thing to do. While I realize in our current environment this could be viewed as very partisan, I don’t mean it to be. I think what I’m talking about applies to all of us, regardless of our political beliefs. And if 2020 has taught us anything, it’s that nothing can be taken for granted. Including the privilege that many of us have to sit back and watch, rather than help put those fires out.

And if you’re wondering what this has to do with coaching, it has everything to do with coaching! Coaching is all about helping us get closer to the best version of ourselves – something we’ll never reach, but that hopefully we are always striving for. You’re seeing my efforts to coach myself to step up and do what I know I’m capable of doing. I may fall short – in fact, I undoubtedly will, again and again – but the important thing is to get back up and keep on trying.